This years Aston challenge produced probably the most remarkable evening in the events history. Seven Club records were beaten during the event, although two cannot stand as new records. For many years the fastest ride and senior record on the hill stood at 4.35 with the 4.30 barrier seemingly impassable until Ollie Hucks took the senior record down to 4.24 last year. Then on Thursday night four riders remarkably went under 4.30. First up was Karl Alexander who produced a blistering ride of 4.20 to set a new senior and a new veterans record. Then, just minutes, later junior Adam Charleston shot up the hill one second faster in 4.19 to set both a new junior record and update Karl’s new senior record. These two were followed by Sam Hucks in 4.26 and Dan Shoobridge in 4.28

Amongst the ladies, Caroline Goodman set a new veteran ladies record by 9 seconds with her 5.50 ride. And 13 year Bobbie O’Brien went faster than the long standing 30 year old juvenile and junior ladies records by over a minute with her impressive 6. 09. Her ride does not count as a Club record as she’s not currently a Club member. Her 15 year old bother Joe Obrien missed the existing juvenile Club record by just one second finishing in 4.43 for 5th place overall. He was closely followed by 15 year old Cormac Nisbet in 4.53 for 6th place overall. Completing the O’Brien turn out, 12 year old Finn O’Brien completed his ride in a most impressive time of 5.24 for a 12 year old and, in the process, equalled 47 year old Dan Charleston’s 5.24 ride. At 35 years older than Finn it just goes to show the hills have a levelling effect over the age ranges. At the back end of the field, 59 year old Jo Cheese finished in 7.05 and 71 year Margaret Lambert finished in a very creditably 11.08. Event organiser Ben Nichol had set his sights on a sub 5 minute ride but in the end had to settle for a time of 5.18 for 11th place overall.

In all 24 riders braved the slopes of Aston Hill but there were 14 no shows on the night some being held up by traffic issues and others possibly thinking the forecast stormy weather would break. Fortunately the storms held off until later in the evening. 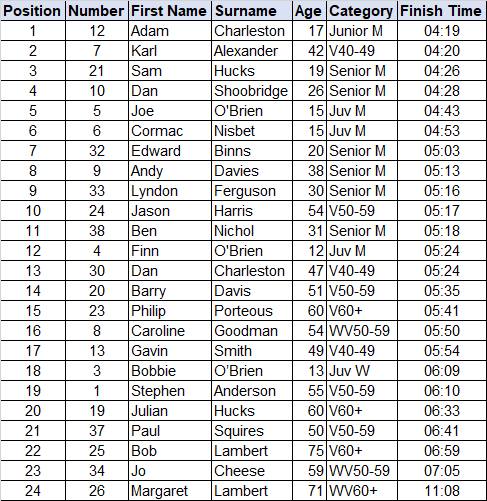 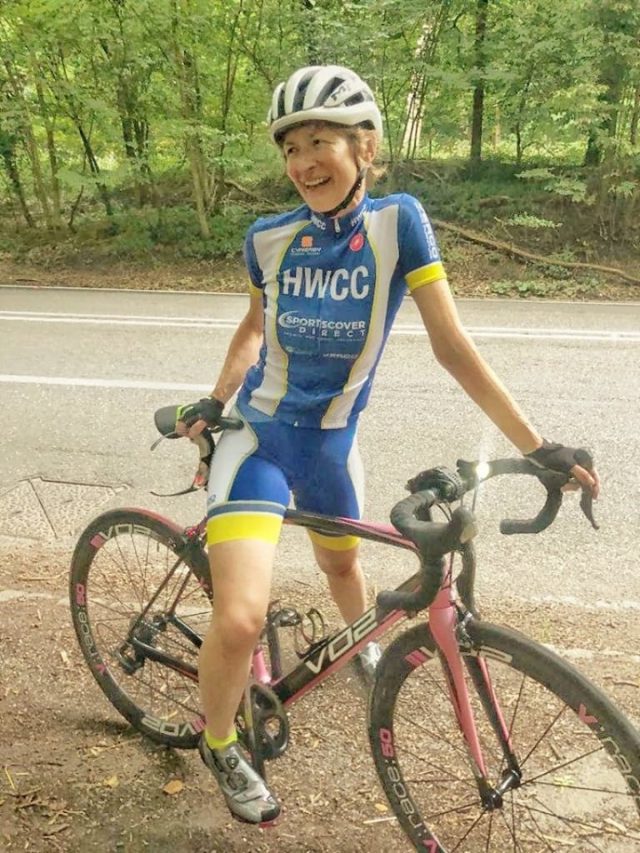 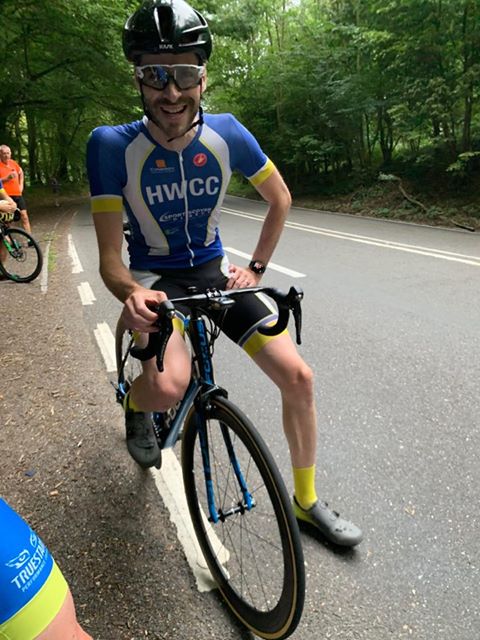