The last event in the evening time trial series saw an incredible entry list of 59 riders. This was almost certainly a record number for a Club 10 on the Longwick course. Unfortunately, the intermittent and sometimes heavy showers during the late afternoon deterred a few. Miraculously the last heavy shower died away as the timekeepers were contemplating a delayed start encouraged by the approaching blue skies. Eventually 42 riders took to the start line and some were blessed with fast times and improvements over previous weeks. It was Karl Alexander who proved fastest on the night with a very nifty 20.29 beating rapid junior Adam Charleston by 30 seconds in the process. Seventeen year old Hamish Forsythe took third in 21.21. Four out of the top six were under 18s demonstrating a resurgence in young talent in Club time trials and all of them under 22.30. 15 year Cormac Nisbet broke his run of 23 minute rides with a very good 22.21 which was two seconds faster than 55 year old vet and long distance star, Jeff Roberts. Following them in was a whole string of vets packing the mid field broken only by seniors Andy Davies in 23.08 and Joe Obrien 23.49. A bit further back veteran Dena Ford produced a big improvement over previous weeks to finish in 24.30 show something of her old mojo. Somewhat further back vet Sally White had a very successful return to racing with a 26.15 pb after being sidelined for many weeks following a leg injury, while vet Caroline Goodman continued her improvement with a 26.35 on a road bike.

Probably the ride of the night goes to Finn O'brien who, at just 12 years old, returned an incredibly quick 24.38 and surely signals a potentially big talent for the future. Meanwhile his 15 year brother Joe finished in a very handy 23.49 which, together with Cormac Nisbet, shows the Club has an emerging and very talented trio of juveniles..Completing the O'brien youngsters, 13 year old Bobbie came home in 30.19 after suffering a mechanical issue on her bike. Another youngster showing a turn of speed on the night was 14 year old Lucy Allsop whose 26.46 marks her out as another emerging talent to note.

In the fiercely competitive vets competition on standard it was Pete Smith who took first place again with his 23.49 actual time giving him a plus on standard of 5.33, but he was very closely followed by Jeff Roberts whose 22.33 gave him a plus of 5.31 and close behind him Chris Fords 22.50 gave him a vets plus of 5.29 for third spot. Although out of the prizes, Malcolm Freeman's actual time of 25.31 gave him a vets plus of 5.24 Underlining the intensity of the vets competition it was just 9 seconds covering the first four vets on standard.

This event brought the short evening series of Club time trials to a close as the evening light begins to fade. But the renewed interest in Club time trialing it has brought augers well for the sport with increasing numbers taking part each week. A particular note must be made of the emerging crop of talented youngsters that have appeared this year competing fiercely with older and more experienced mature riders. What other athletic sport could bring together a 15 year old and a 55 year old Club 12 hour TT champion and finish within 2 seconds of each other!

Special thanks must go to series organiser Ben Nichol and his support team of times keepers Dave Swan with Sally White plus Gordon Wright and Carol Chapman, and signing on official John Day - all there throughout the series. Plus a final thanks go to the revolving team of marshals who’ve been there each week. Covid might have stifled activity for a large part of the summer but it has certainly not dented enthusiasm. 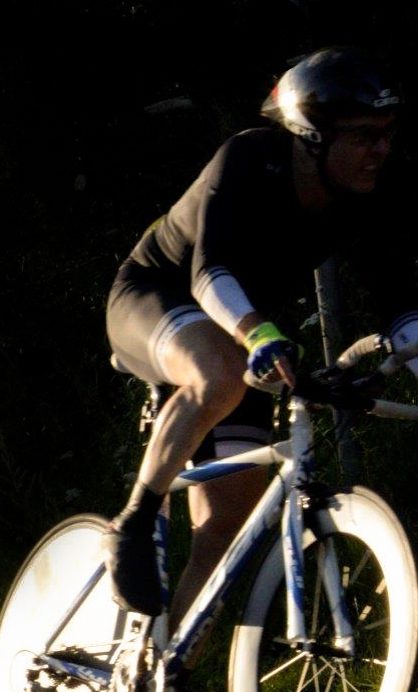 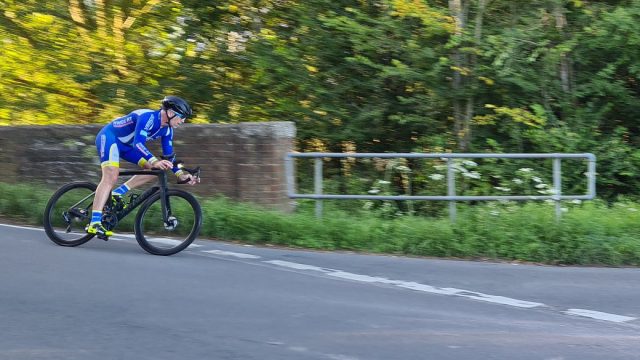 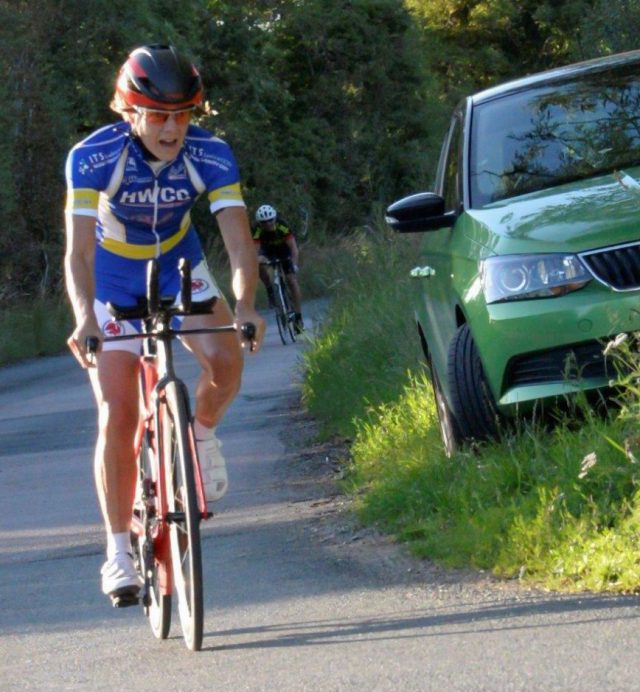