Saturday - LVYCC Hog Hill Crit
Saturday took us to Hog hill for the final race in the Lee Valley series. There were a few big sprinters in the mix so I knew I had to make it a hard race. It seemed not many shared the idea as my first 3 attacks came to nought. In an ideal world I wanted small company to ensure we could stay away with still 30minutes to go on a tiring circuit. My final attempt at getting away came with around 4 laps to go. The peloton slowed and I gradually rolled off the front of the bunch at the base of the climb (The Hoggenburg); without any real attack I had 10m and decided to go for it solo. I built up my gap to around 10 seconds but as we crested the climb for 2 laps to go it quickened behind and Joe (a regular to chaingang) bridged across, at this point the gap was reduced but we worked well as a duo to stay away. Last lap came, we had a margin but with a working peloton there was no time for cat and mouse. Coming into the base of the climb and I was leading it out. As it steepened I just went for the line and managed to nudge across the line for my 2nd ever bunch race win. Angus from BCC also launched a mega attack with a lap to go and held off the charging bunch to round out an all chiltern podium - a mega day. Kudos also goes to Charlie Hussey for an awesome ride to 4th place in his first ever circuit race!

Sunday - WVS Whiteleaf Hill Climb
The next day took us to the more local berg - Whiteleaf. A climb I’m sure you know too well. The climb attracted a star studded startlist with many, including myself, competing for places in the National Hill Climb. I managed the starting effort and then held steady over the flatter section before ramping up the watts over the final two steeper bends. The time came out at 4:01 (Apparently time-keepers don’t take bribes 😉) and managed to hit my target of 7.4w/kg for the effort. After checking the times I realised I had managed 3rd place. A special moment as the winner was the National Champion - Andrew Feather who somehow got up there in 3:30! A privilege to share the steps with him. Notable rides from both Finlay Hawker and Joe who both put in sub 4:10 rides.

Sunday Pt.2 - CCXL @MK Bowl
The final race of the weekend took us to Milton Keynes for Round 2 of the CCXL. We had a strong HWCC turnout with Jeff off first to a flying 11th in his category on a long circuit. Next up was Caroline Goodman who performed amazingly well to take the win by 9 seconds - a deserved victory. Shortly after, my race started just ahead of the Men’s race containing Bobby and Matt. Both raced really well with Bobby finishing 8th after a tight battle and Matt in 54th. I was made up to take the junior win and round out the weekend on the top step of the podium. 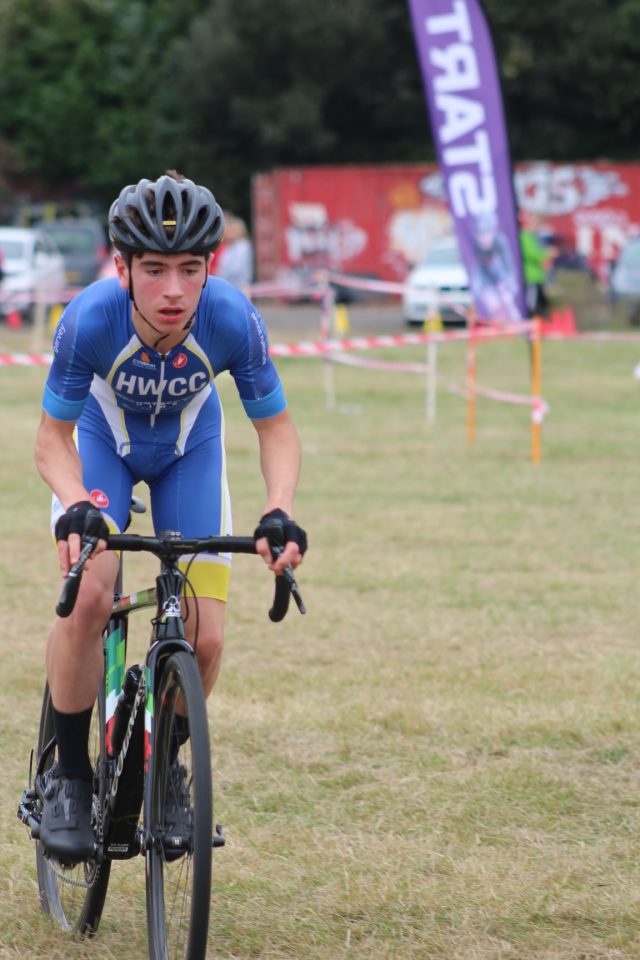 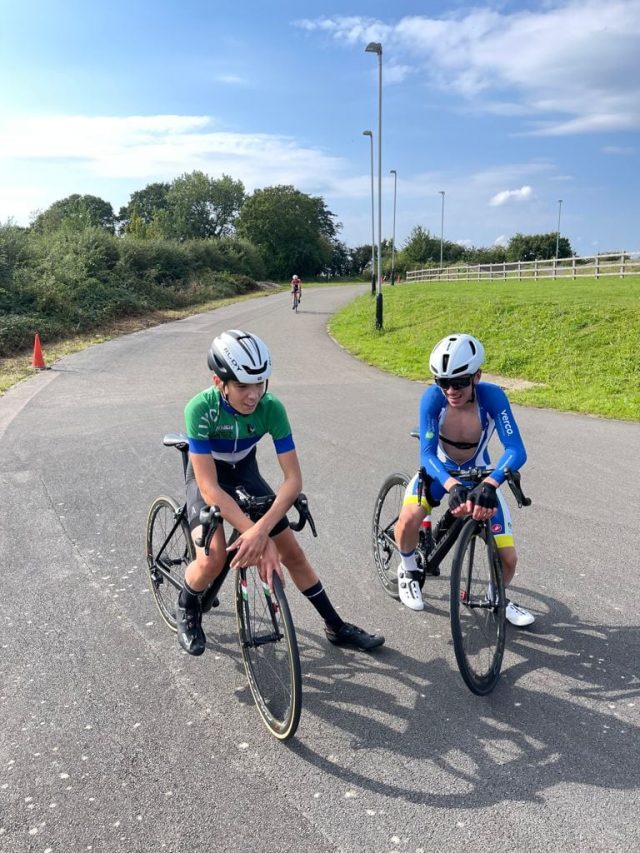