Stage 1:
We arrived at the race start to some VERY windy conditions, and as our main goal of the day was to get someone in the winning break early, our tactics were to split the race up in the crosswinds only about 5km into the 111km stage. We were successful with this after about 15 minutes of constant attacks and riding hard on the front and managed to get our leader Louis Sutton into the break. The stage included 2 Category 2 climbs where the race was completely split to pieces, I managed to make the main front group after pulling a small group back to a group of 10 after the 2nd climb using my raw power on the flat. After all our hard work at the beginning Louis managed to escape and gain a 1:30 gap on the breakaway and take the win for the team, this also put him in the yellow jersey for the next stage! I finished 19th in the end which I was decently happy with after a very hilly stage.

Stage 2:
Stage 2 was the longest stage at 144km with a long category 1 climb about halfway through. Nerves were increased after seeing a high chance of rain being predicted. Fair to say they didn’t predict wrong as it was raining heavily from the very start. Our tactics were to sit in but chase any moves that were a threat to Louis’s lead, this mainly included one of the Portuguese UCI teams in the race. After a rapid start I saw 2 of the guys in top 10 on GC go up the road to follow the 10 man break which had already gone so I followed and managed to get myself into my first European breakaway of about 20 guys. Let’s just say it was not easy especially with a cat 1 climb which whittled the break down to about 10 and somehow I managed to stay with them, then, it reduced even more to about 7 after a wet and dangerous descent. I thought this was going to be the best result of my cycling career so far until I was told on the radio that the gap had actually become too big to the main bunch which our leader was in so I was told to sit up and wait. This was hard to do as I watched my best chance at a result so far ride away from me. I went back to the bunch and with another teammate managed to dig really deep and drill it on the front for 50KM, somehow we closed a 4:30 gap. This effort to save the teams chances helped balance the disappointment of being called back. I think in the end my team manager was more happy I sacrificed my chances and massively helped keep the yellow jersey than if I had won the stage.

Stage 3:
Day 3 was the queen stage at 130km with 3200m of climbing. No rain was predicted this time but it turned out to be even worse than the day before. This did have an impact on the result of my race as our team just sat in as we had no responsibilities of chasing as there were no threats up the road in the breakaway but we still had to make sure the gap didn’t become too big. So, after the 1st first category climb I was put on the front to control things for 15 minutes or so which did take it out of me, we eventually reached a 3rd category wall which averaged about 14% and I just about managed to hold on but the fatigue from yesterday’s frantic chase was starting to set in and I knew I wasn’t going to make it over the next climb with the front group of 20. This didn’t matter though as a very technical descent arrived and the conditions were atrocious so seeing my teammate slide out on a wet bend and break his collarbone made me very cautious and i eventually got dropped on the descent which is a very rare occurrence for me. Louis eventually managed to keep the yellow jersey after a very VERY long steep climb to the finish which was 10Km at 10% (just for context 10x the length of whiteleaf and just as steep) which took me about 40 minutes after suffering completely on my own for the last 2 hours of the stage but relief hit when I got to the top and found out all my hard work had payed off and we won the overall race. Although I felt I was on my own, a lot of others were fairing even worse. I ended up finishing quite well on the stage in the end in 27th place despite the 2 hour solo ride to the finish! 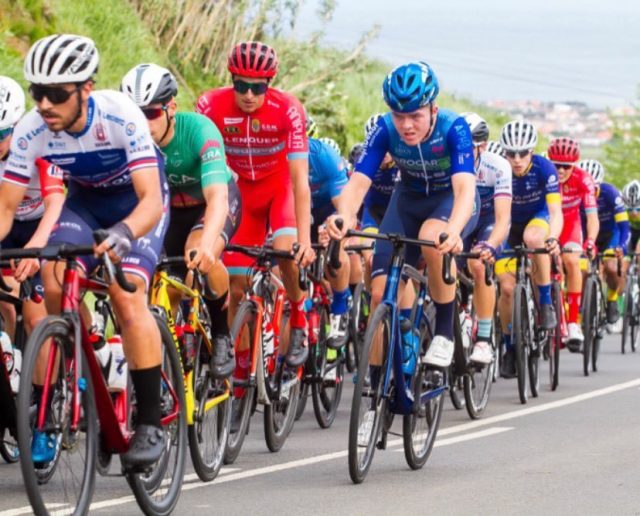 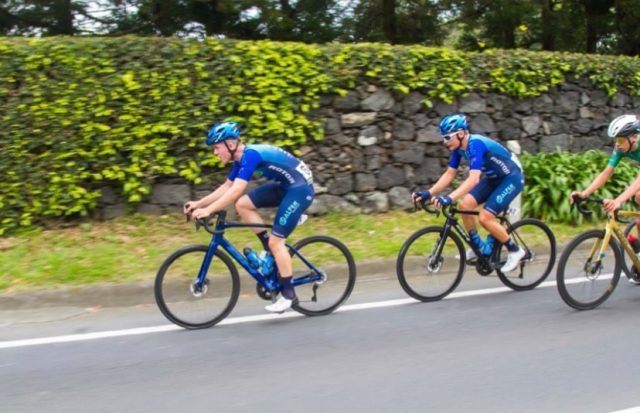 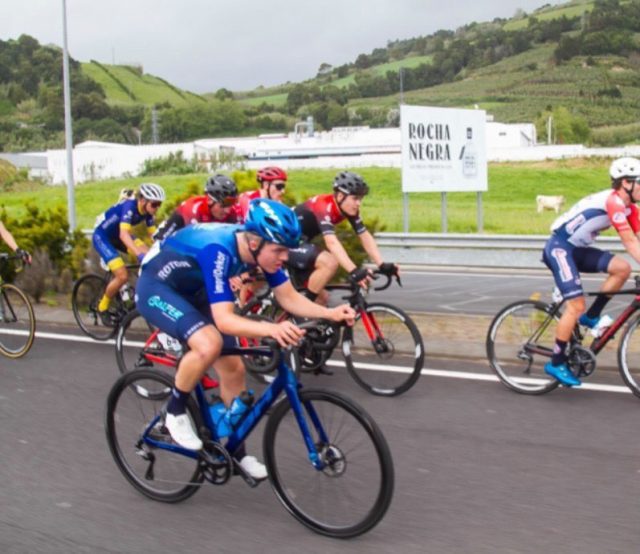 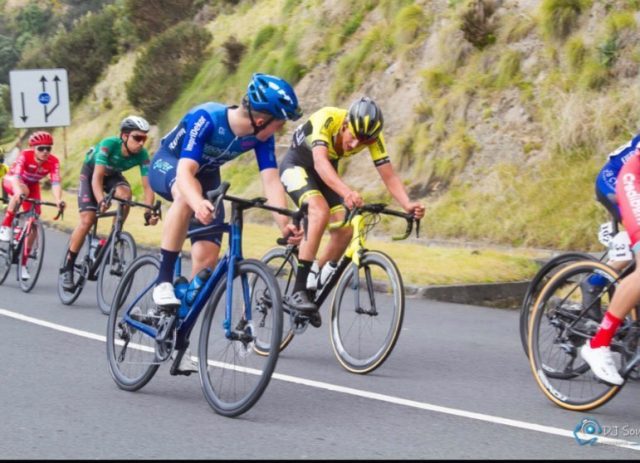 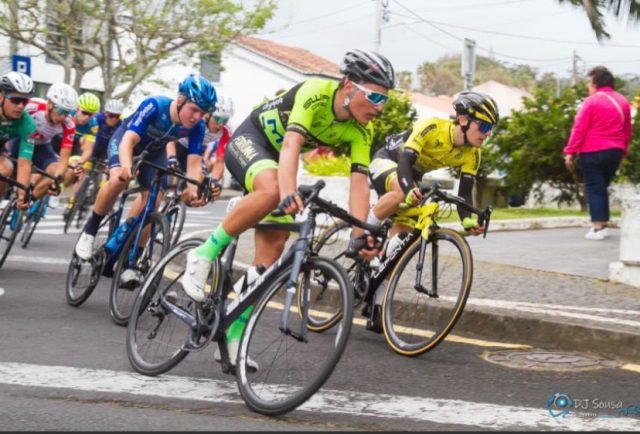